Since September, a new cycle of promotional activities has started in which the European Youth Payment Card has been presented in cooperation with banks.

The goal of the project was to create a card that will have a dual function. In addition to the primary function of the card, achieving benefits in all spheres of life, another function is introduced, which is a payment function. In cooperation with the National Bank of Serbia, whose participation and support was very significant, a payment card was presented, as a mean for more efficient money transfer.

Student centers in Belgrade, Novi Sad, Kragujevac and Niš took part in the project. Promotions were held in student dormitories and faculties and more than 40,000 students were presented with a European youth payment card. Students have shown great interest in this type of card, more commonly known as ‘2 in 1’ because it is practical and very useful. There was a good cooperation between EURO26 and coordinator of Youth offices, so card presentation was organized in 15 cities in Serbia. Mailing lists and Facebook are channels of communication through which the youth is informed about all project activities.

Promotions across Serbia have raised great interest. In this way, awareness has been raised about the importance of responsible money handling and benefits provided by the card.

Since September, a new cycle of promotional activities has been launched in which the European Youth Payment Card has been presented in cooperation with banks, where special benefits have been introduced for card users. Thus, young people are educated on financial savings through the advantages provided by the card. A contract with Pireus Bank was signed on the issuance of the first European Youth Payment Card.

Also, training was organized for coordinators of Youth offices, whose goal was to transfer experiences on ways of animating young people and potential discount givers to make the card even more attractive at the local level. The young people were involved in an open discussion where they were able to provide their suggestions for improving the benefits the card can offer. During the campaign, over 2,000 free card vouchers were distributed. Cooperation with 15 new Youth offices was established, which was a significant support in further work. A serious media campaign was conducted, reaching up to 50,000 potential users. Media companies were significantly followed by project activities – Tanjug, Glas Srbije, Glas Javnosti, Kurir, 24 sata, RTS, local media in Knjaževac, Užice, Ivanjica, Leskovac, Kragujevac, Zrenjanin, Požega, Novi Pazar, Pirot, Bor, Kikinda, Kruševac, Smederevo, Loznica and other cities..

The third stage of the project ‘European Youth Payment Card’ was realized in the period from May 1st to September 30th, 2012. During this period, cooperation with Hypo Alpe Adria Bank was established and therefore the number of branches where users can apply for this card. And at this stage, the emphasis was on educating young people through workshops on the importance of payment cards, establishing habits among young people that include a healthy attitude towards money, the benefits and opportunities that the card provides. The campaign was made through an on-line communication channel, a Facebook page that gathers nearly 15,000 young people, a mailing list that has 40,000 addresses, an SMS mailing list that contains 35,000 phone numbers. On the 25th anniversary of the European Youth Center, 100 free-of-charge cards were distributed online, while the total number of vouchers distributed during the campaign was 9,000.

The whole campaign was supported by the Ministry of Youth and Sports, whose representative took part in the workshops. 28-29. September, an international promotional event was held, as a final event attended by representatives of the European Youth Card Association, youth offices and volunteers. There were 35 participants who presented the results of the project as well as further plans. This event, as well as the entire project, was broadcasted by a large number of media companies. 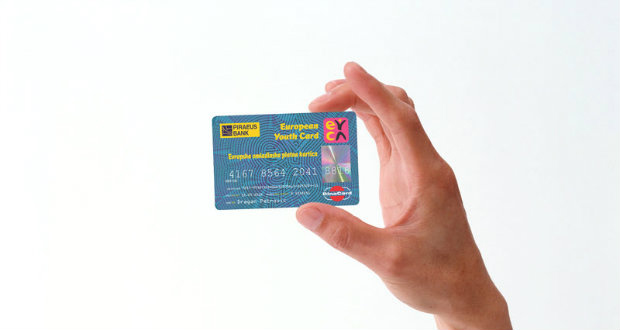